BACK TO ALL CASE STUDIES

The Army-Navy football game is one of the most enduring rivalries in all of American sports. The game has been nationally televised by CBS Sports for the past 30 years, attended by Presidents and Generals and Joint Chiefs of Staff, and has been played at such famous venues as the New York Polo Grounds, Pasadena's Rose Bowl and Chicago's Soldier Field.

When this iconic event came to Baltimore's M&T Bank Stadium, the local organizing committee insisted Arena Graphics handle the enormous task of transforming all of the NFL's Baltimore Ravens graphics into those of the Army Black Knights and Navy Midshipmen. Perhaps the most challenging part of the project was converting all of the graphics back immediately after the event was over - not an easy task considering the Army-Navy broadcast ended at 7pm and tailgaters for the Ravens game would be arriving less than 10 hours later.

Based on our clients' post-game analysis, we like to think Arena Graphics handled this incredibly complex project without fumbling a single time.

"Thanks a million. Always a first class team and we can't express how grateful we are!"
C.N.
Corporate Sales
Naval Academy Athletic Association

"Amazing...we could not have made this happen without you. Thank you!!!!"
L.D.
Assistant to the President
Baltimore Ravens 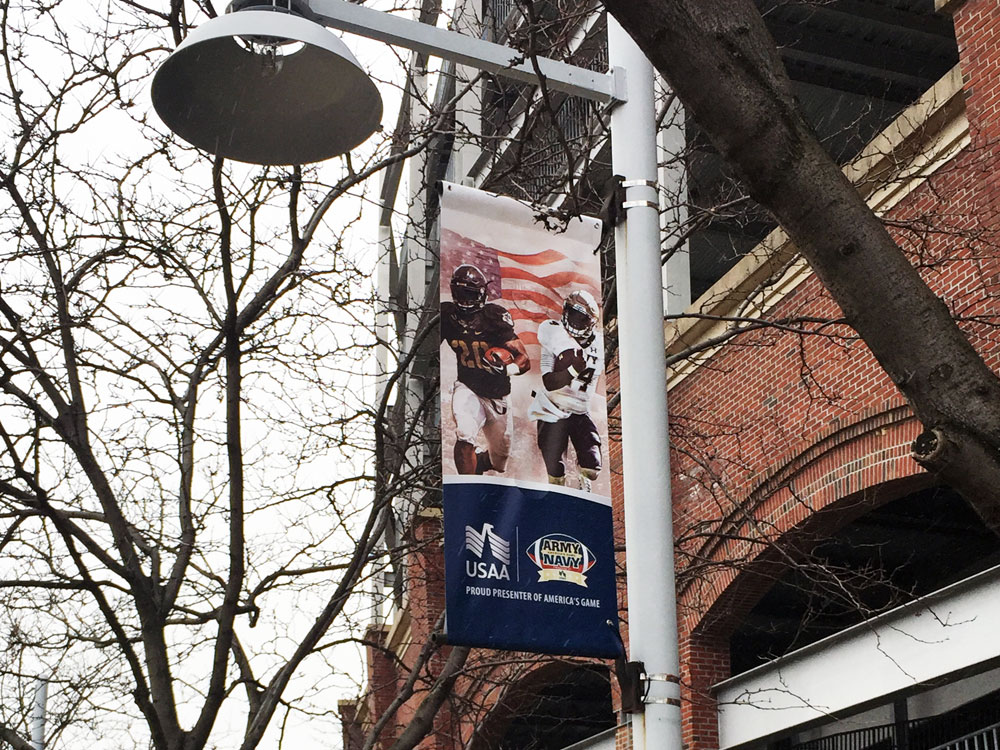 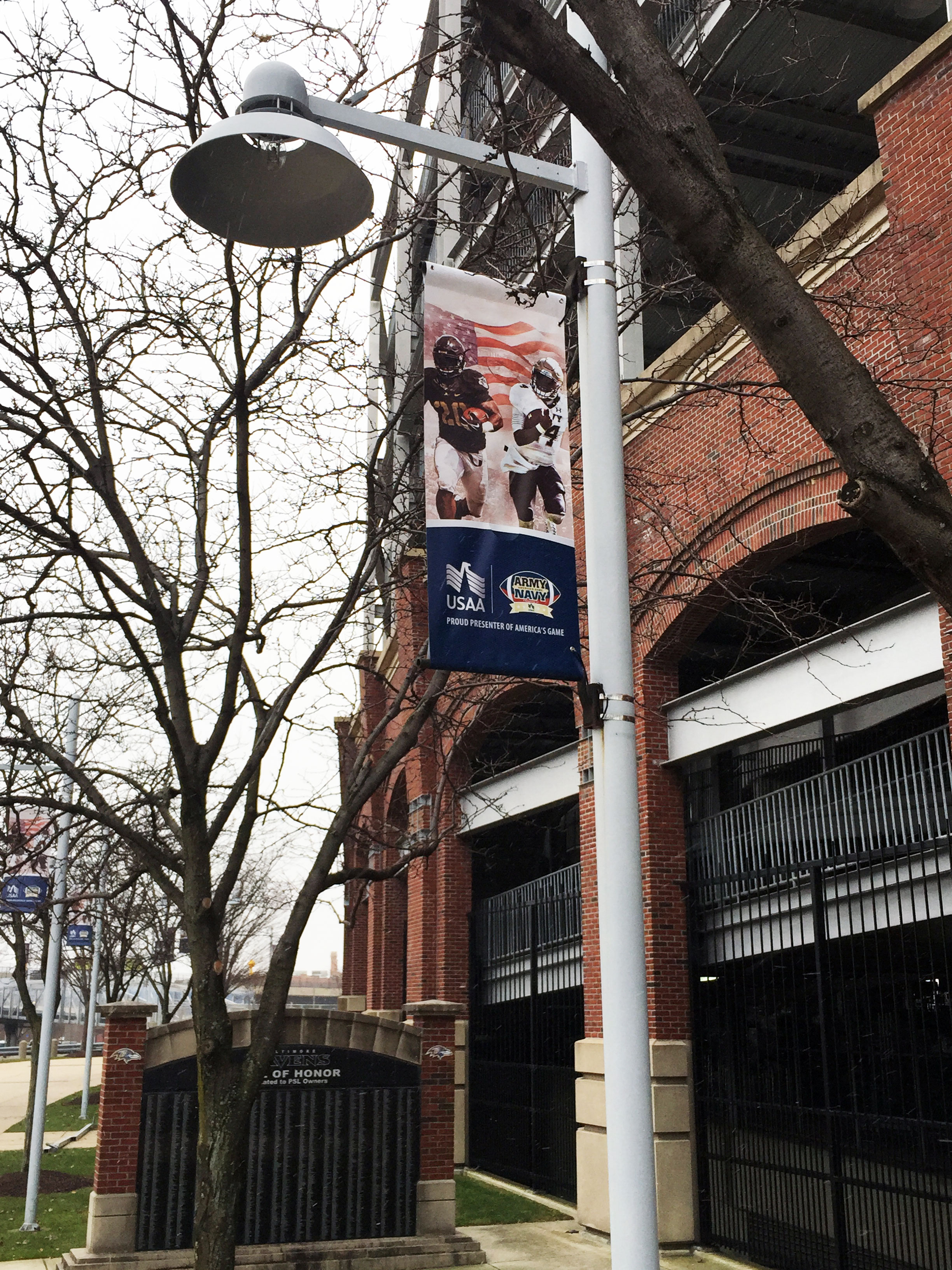 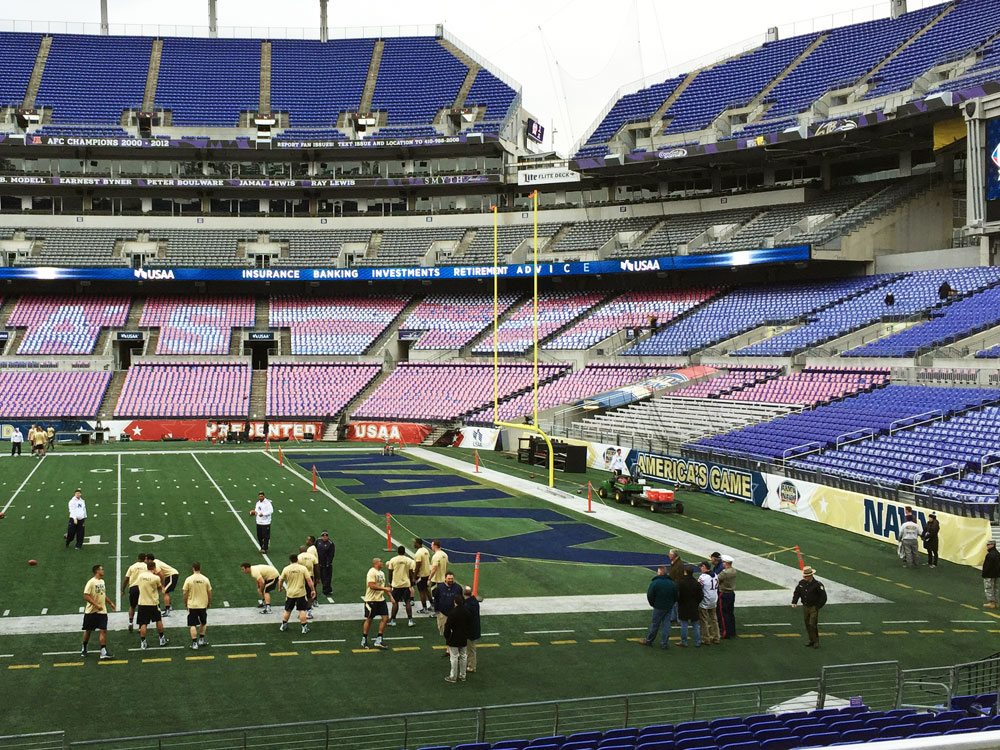 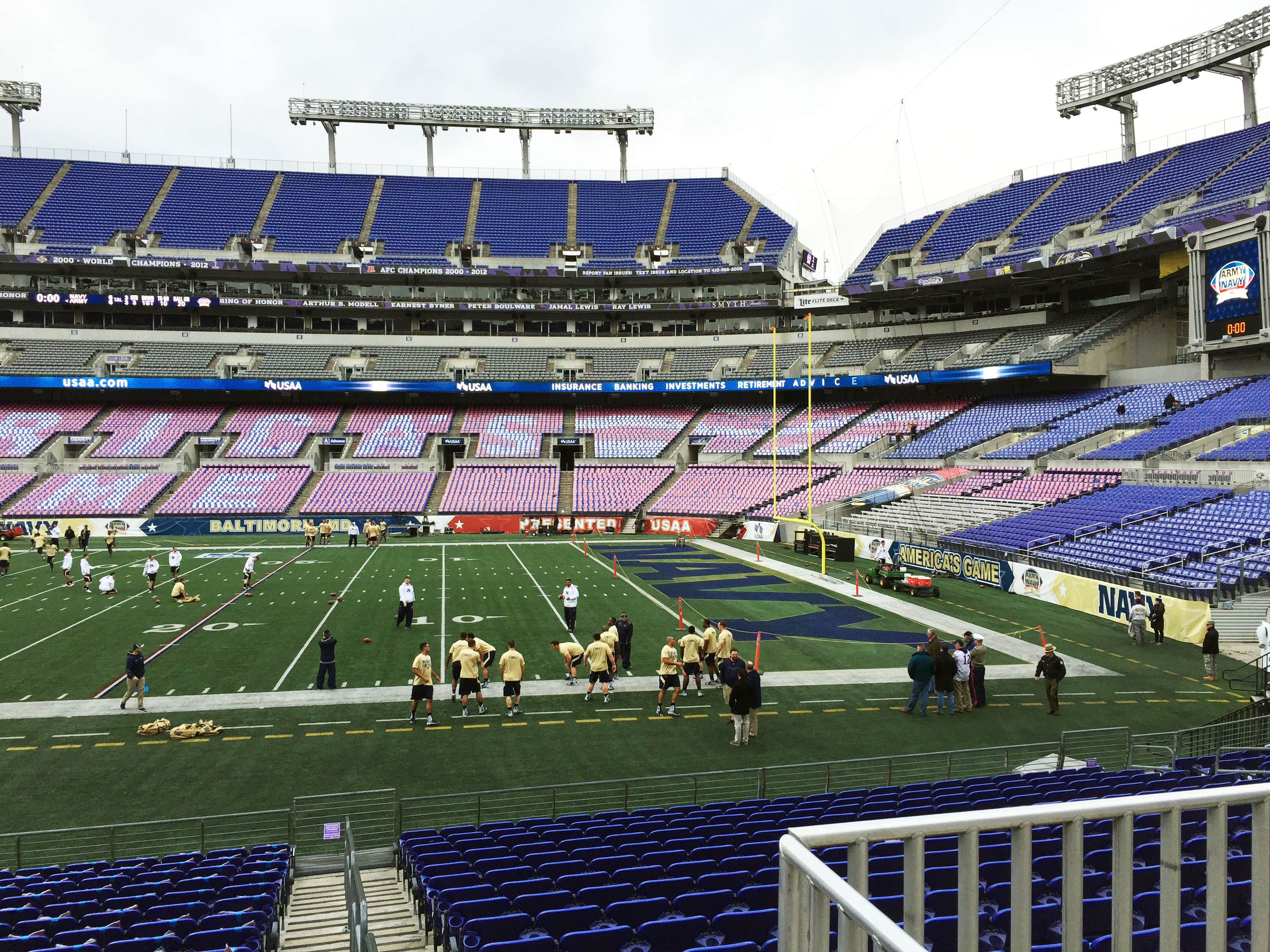