<-BACK TO ALL CASE STUDIES

After 65 years in the Atlantic Coast Conference as one of its charter members, the University of Maryland made the bold decision to switch conferences and join the Big 10 Conference. This historic realignment warranted a significant face lift to the Terps' 54,000 seat Byrd Stadium, turning it into a first-class venue that would rival the other Big 10 schools. Maryland's athletic department had the confidence to give the project to Arena Graphics after watching us successfully handle the re-branding of their 17,950 seat basketball arena from the Comcast Center to Xfinity Center.

Going deep into our playbook, Arena Graphics used a variety of direct-to-surface wall graphics, high-tech back lit materials, and strategically placed pole banners. We completed the entire project in time and under budget, as the Terps went on to a very successful inaugural Big 10 season culminating in a bowl game appearance against Stanford.

"The new signage has been so well received that I have been given the directive of changing out all the exterior signage."
A.H.
Assistant Athletics Director of Facilities, Operations & Events
University of Maryland 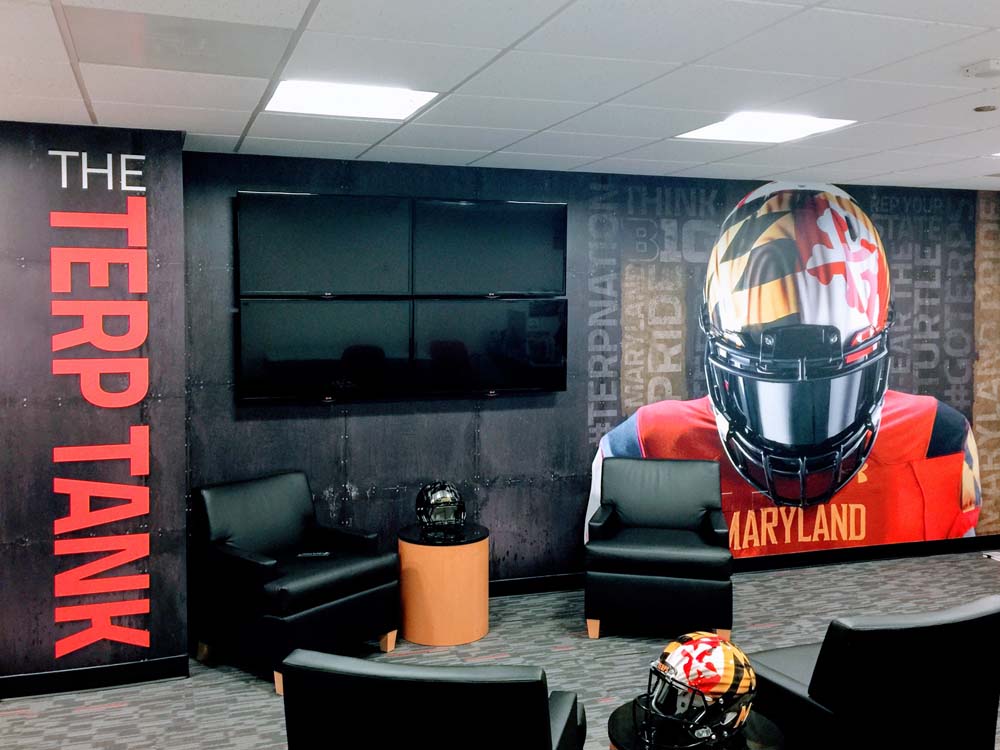 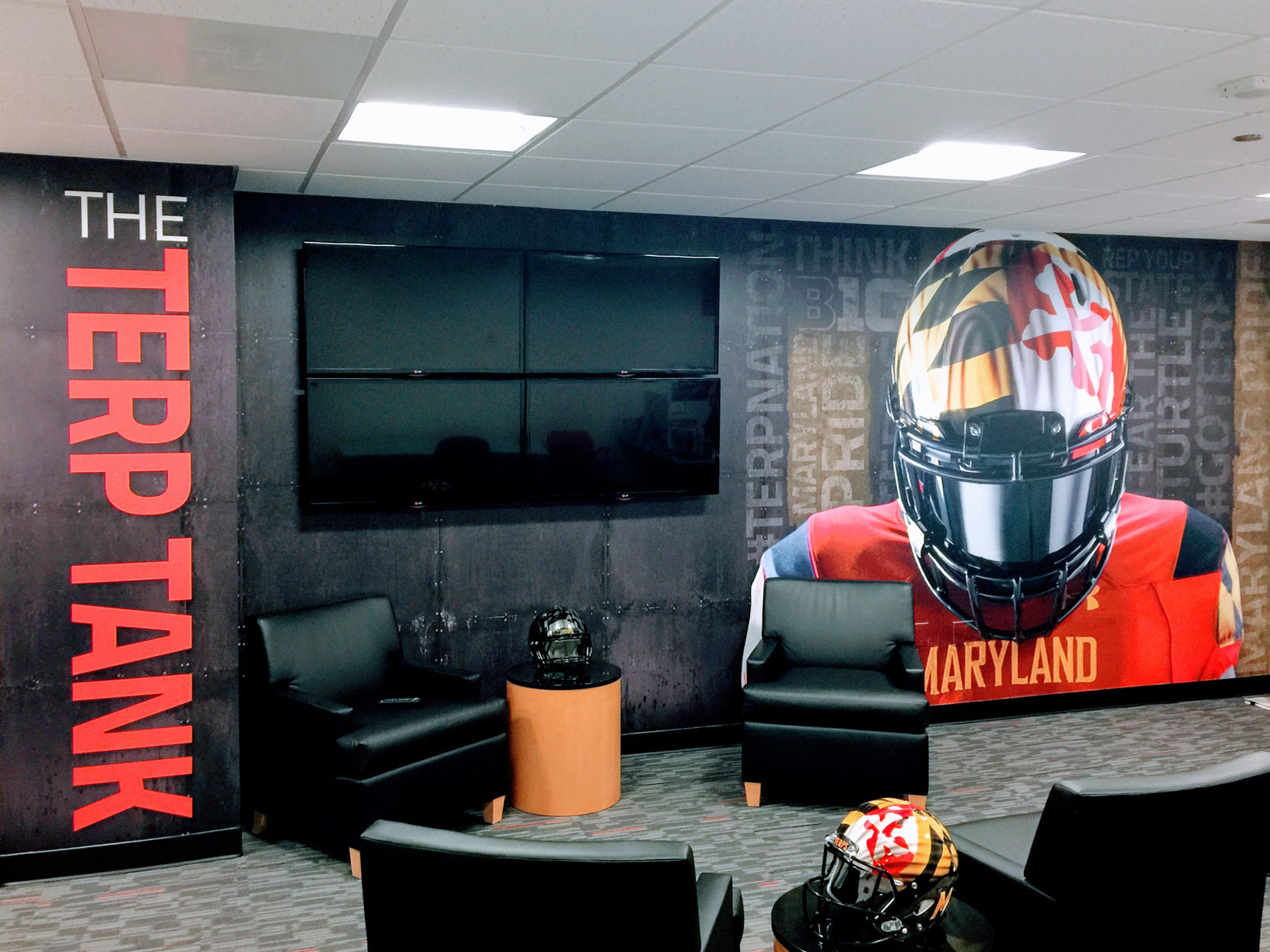 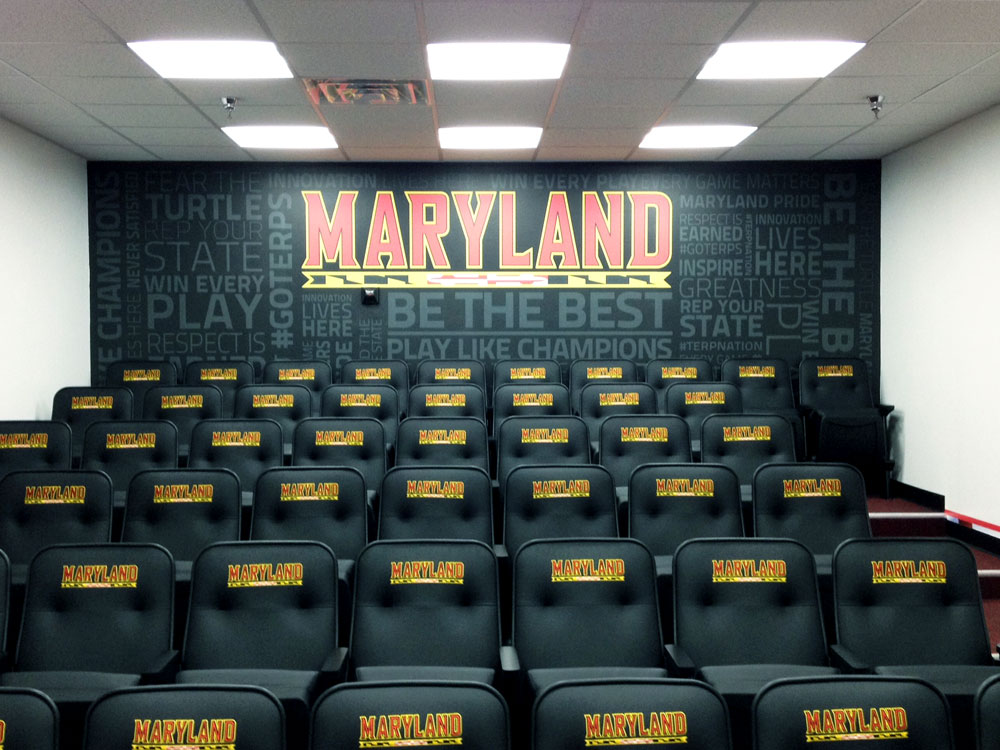 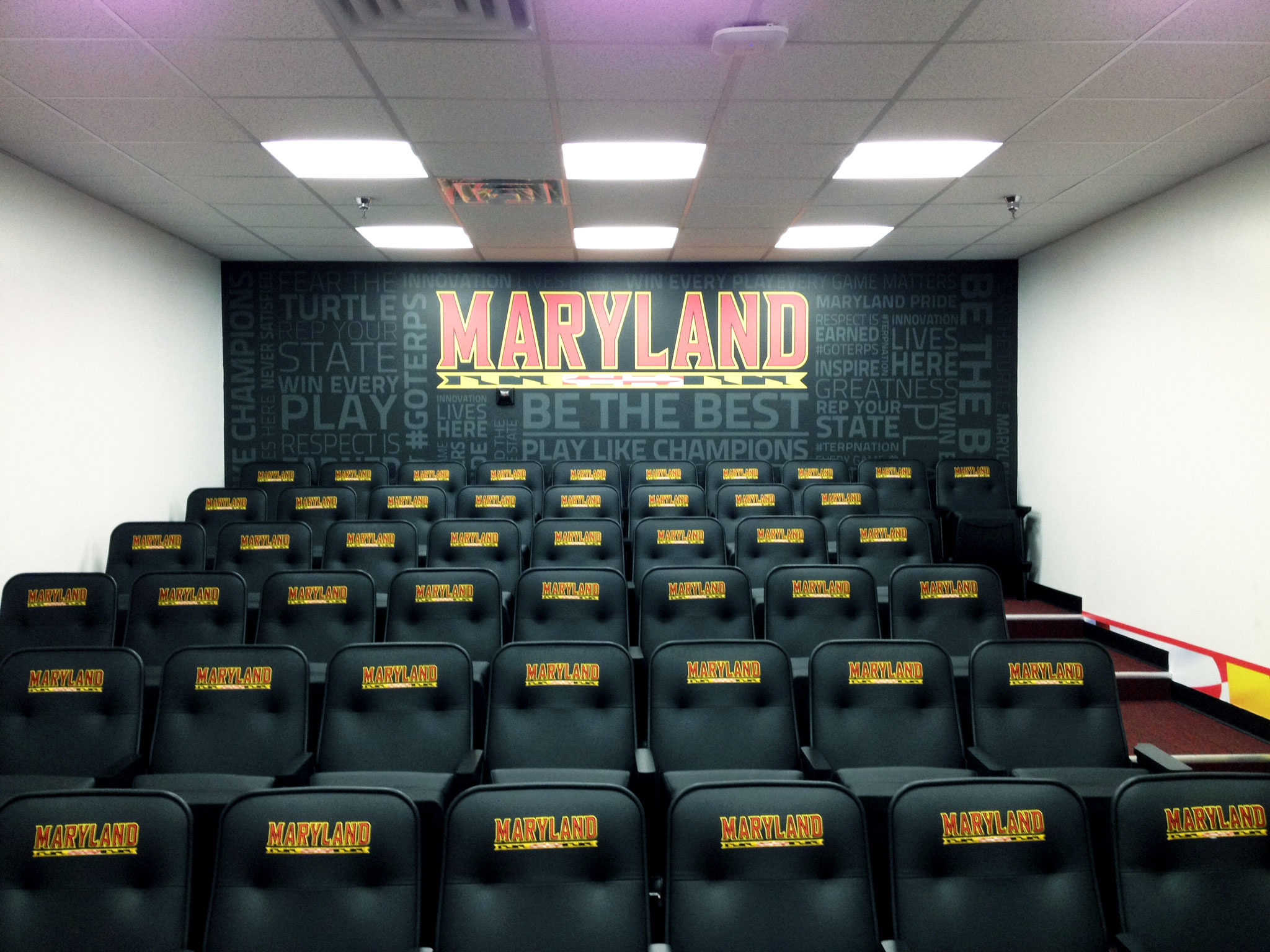 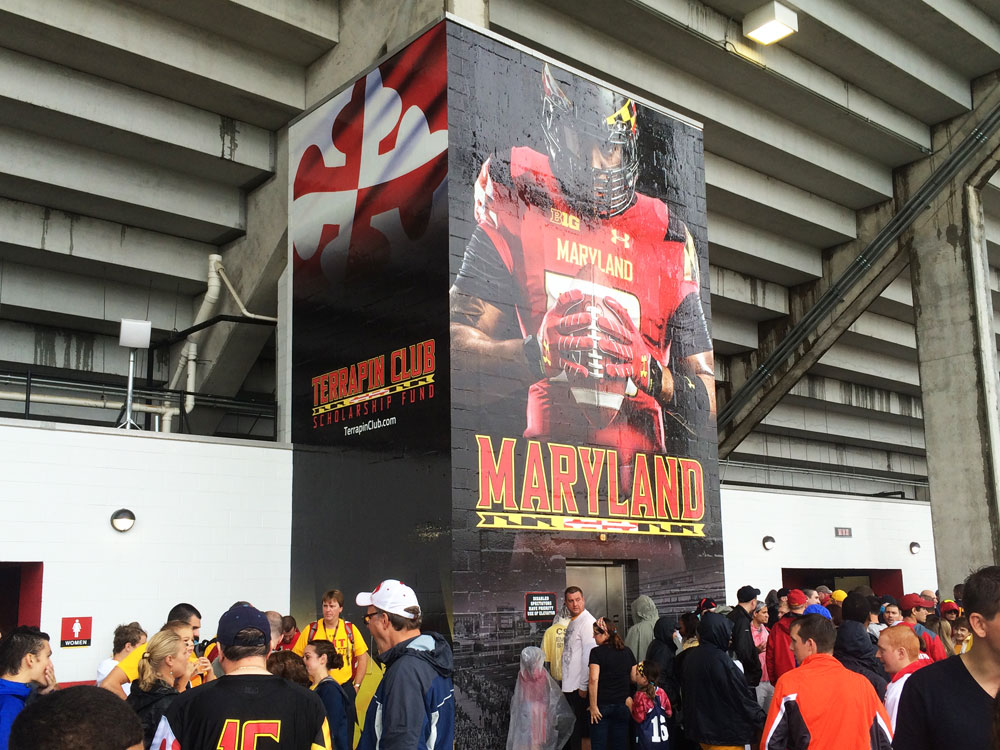 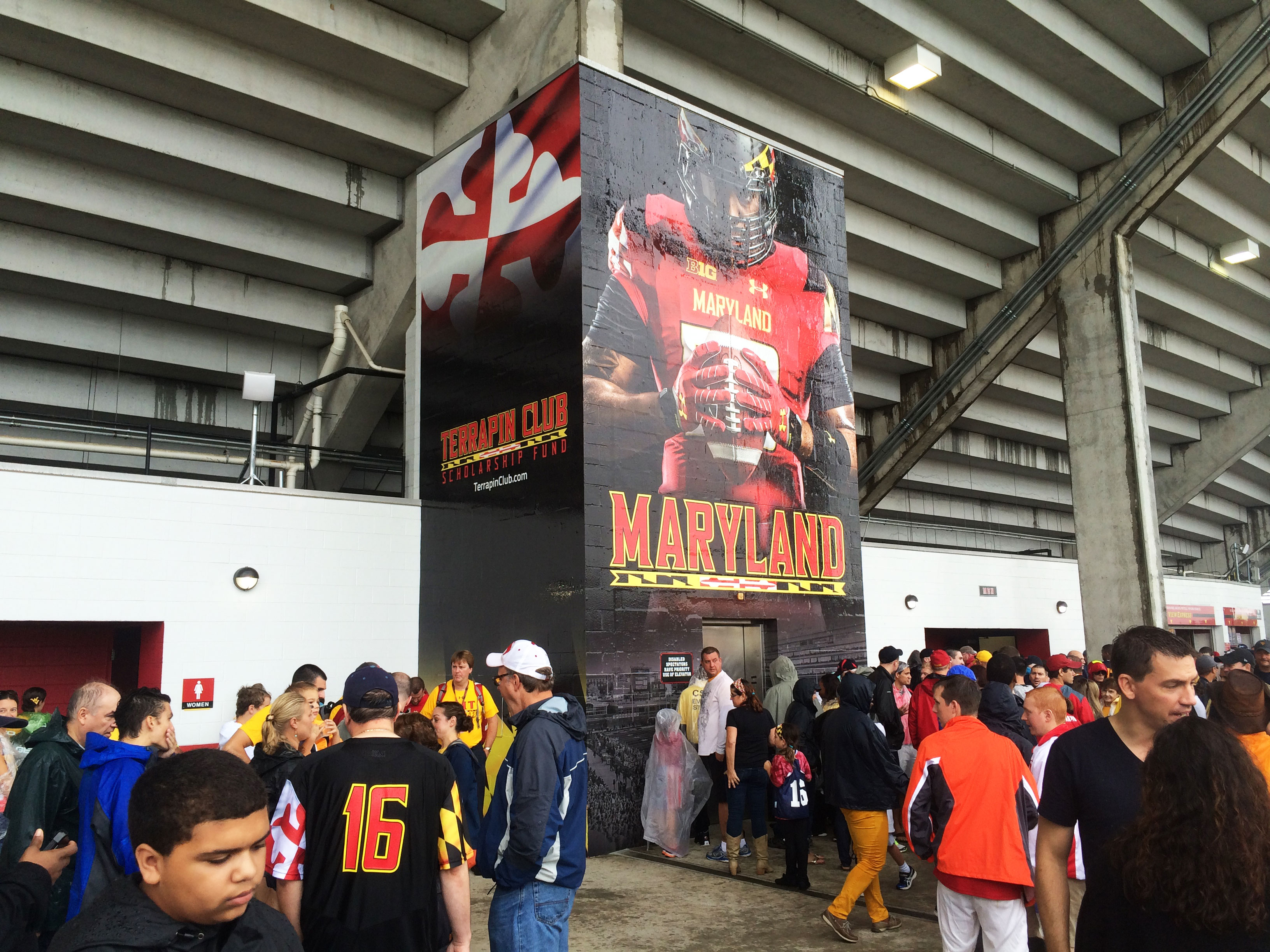 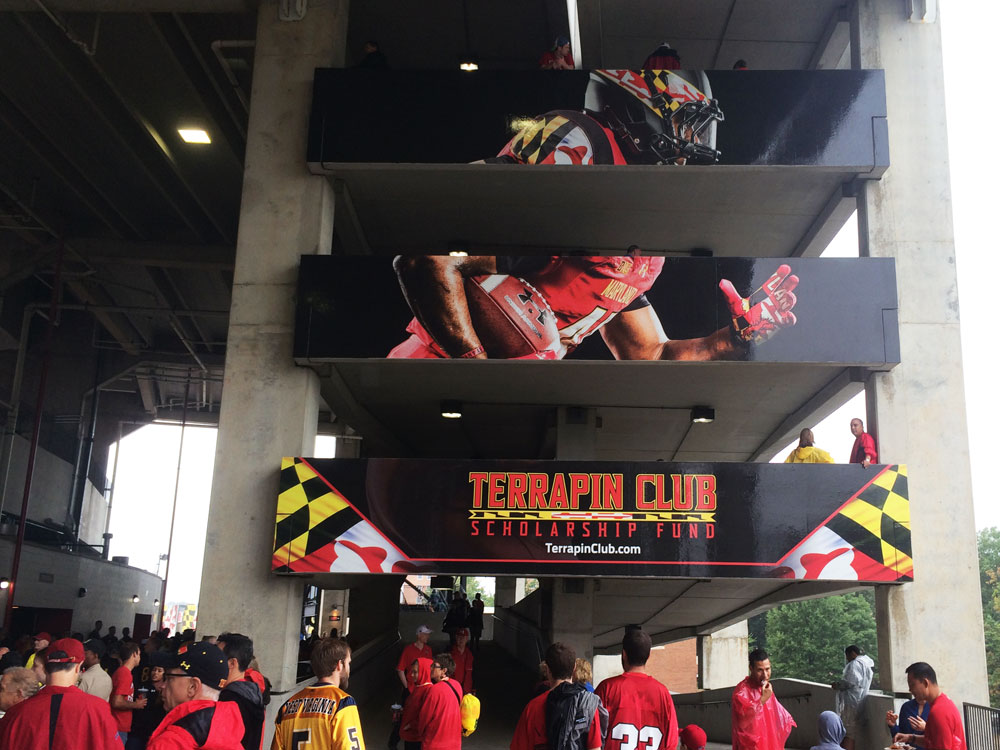 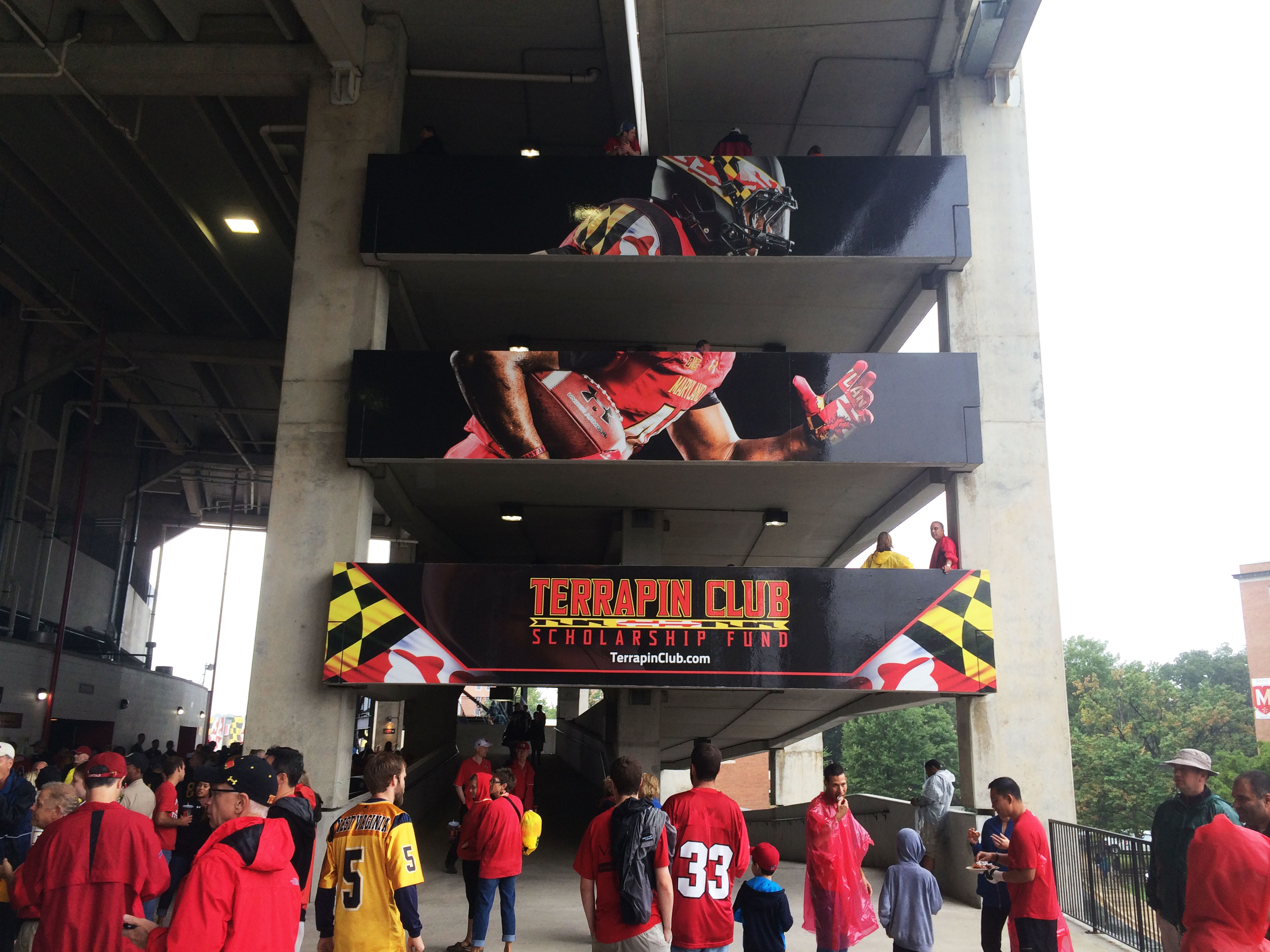 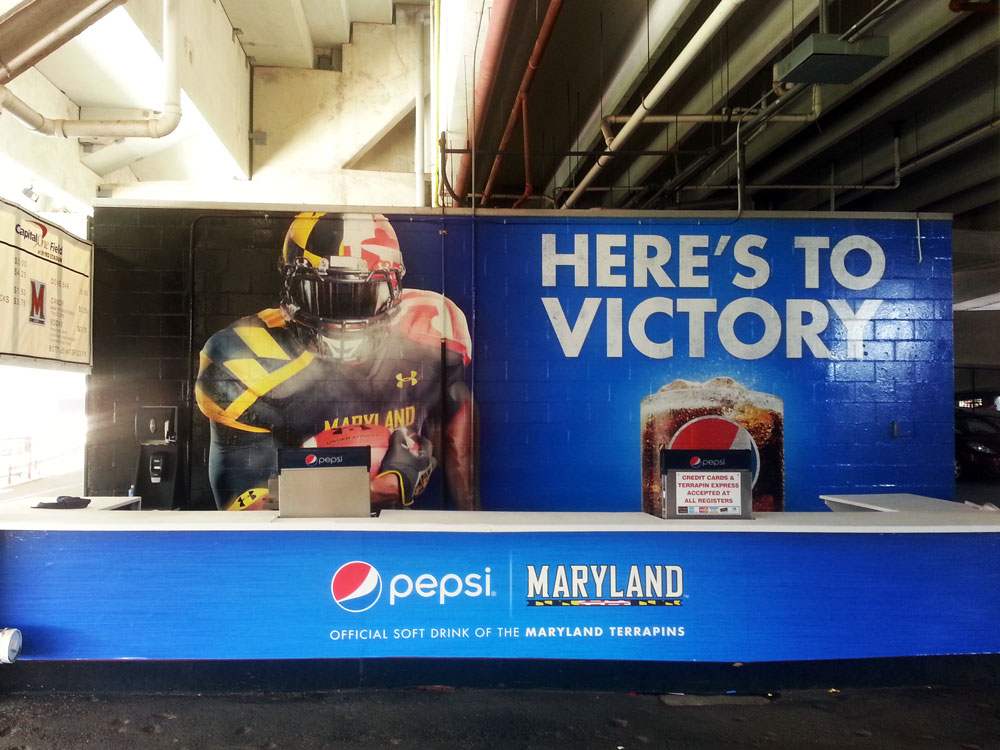 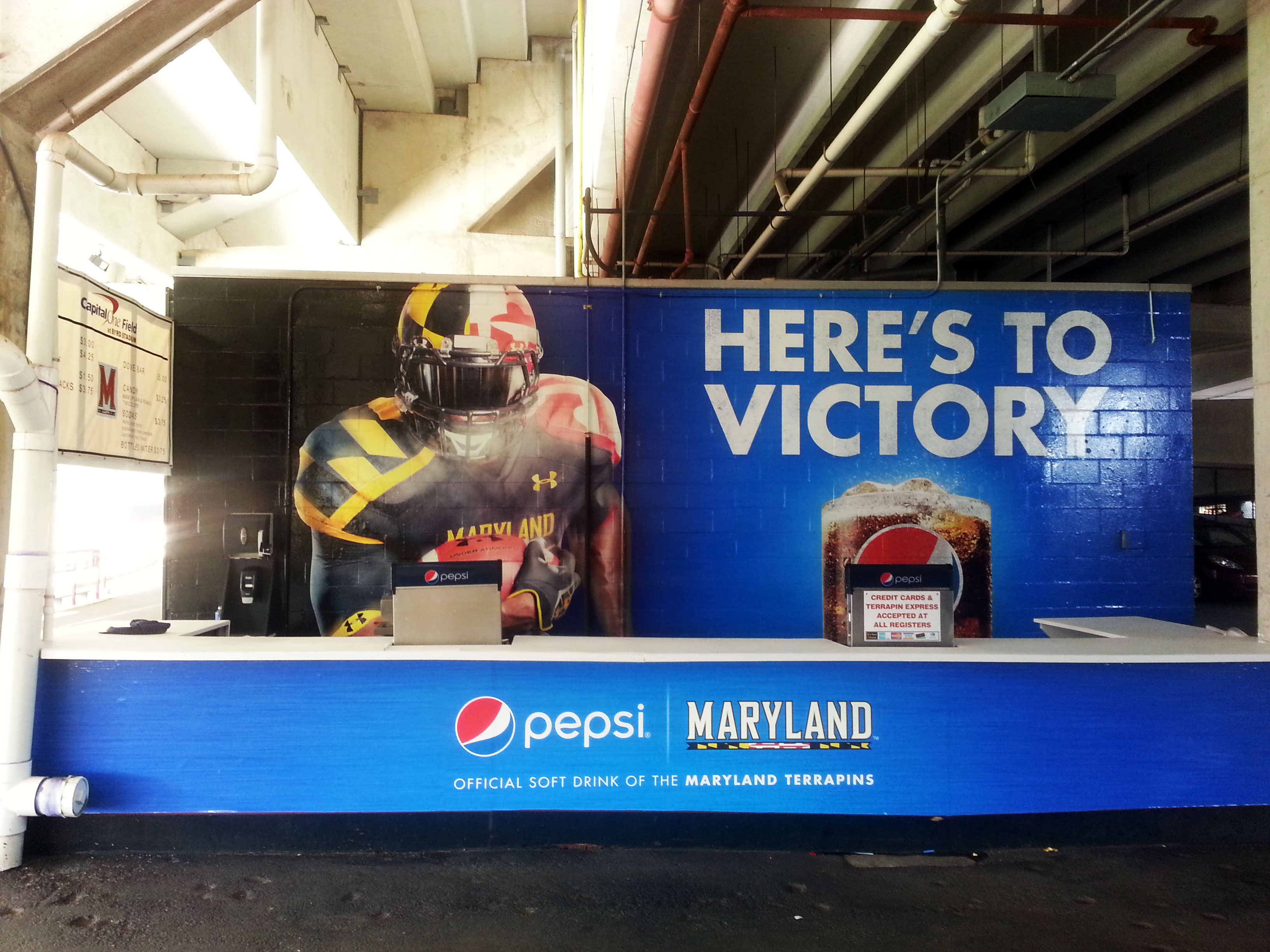 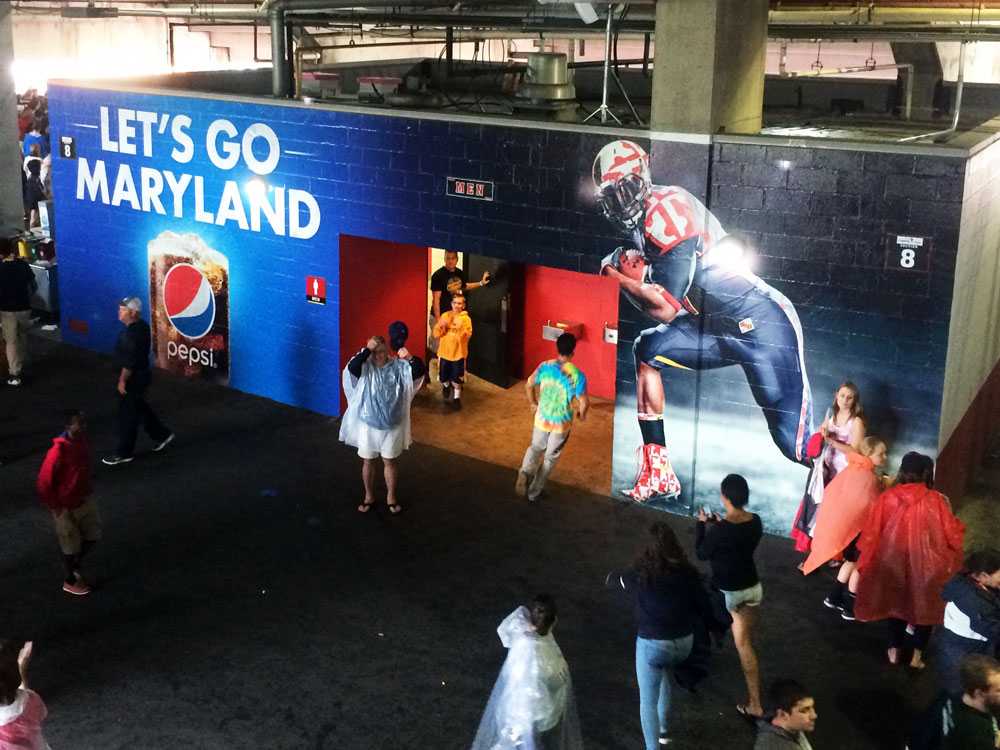 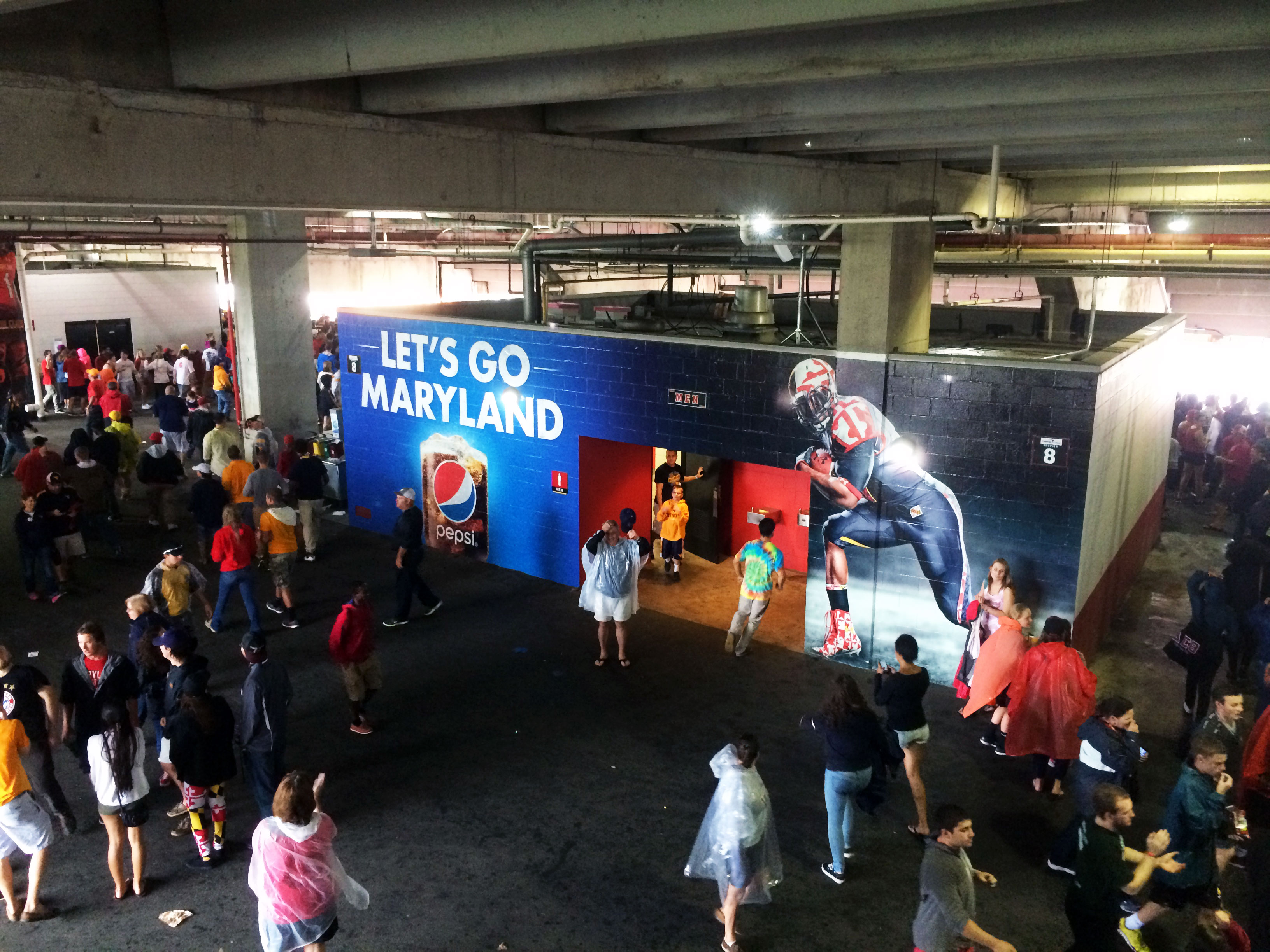 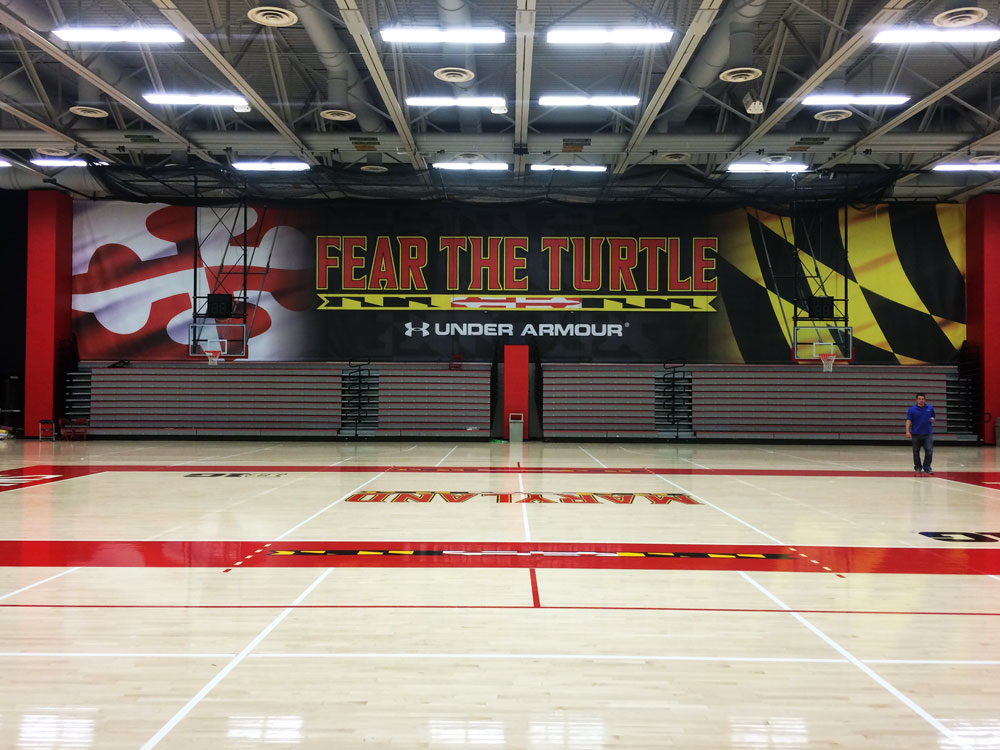 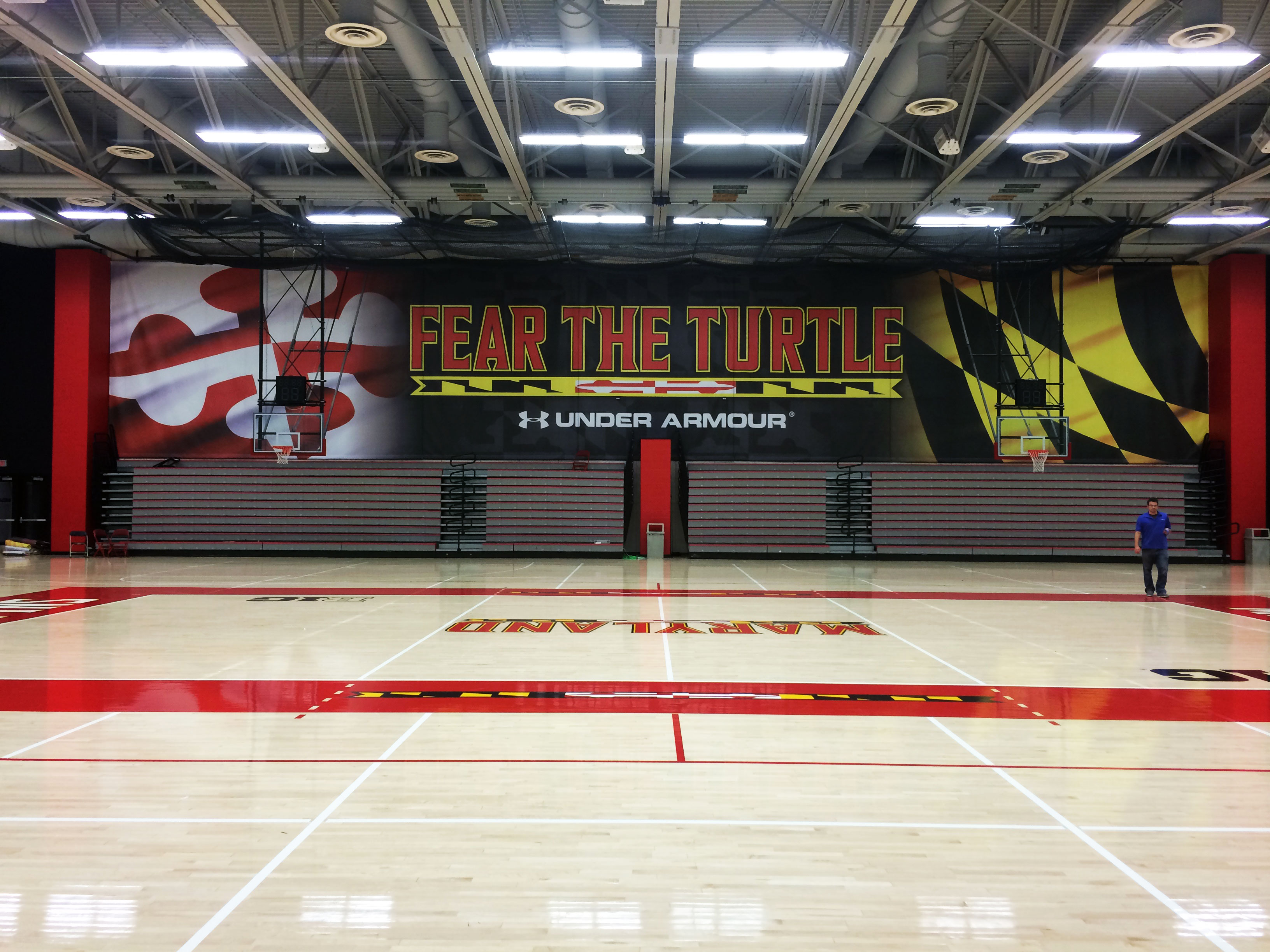 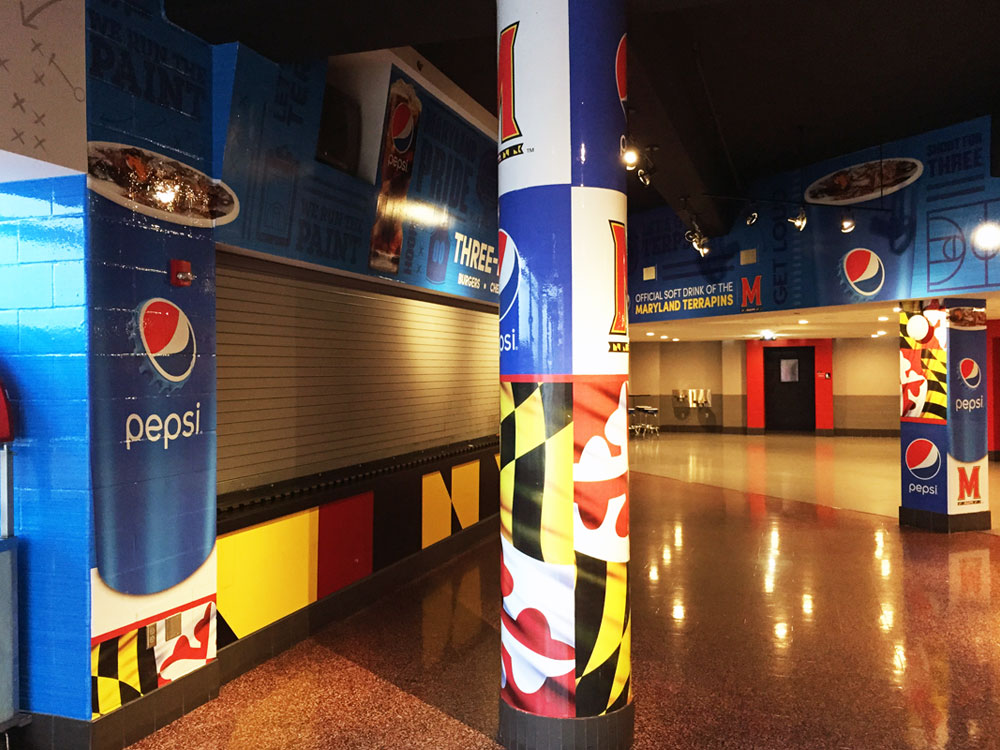 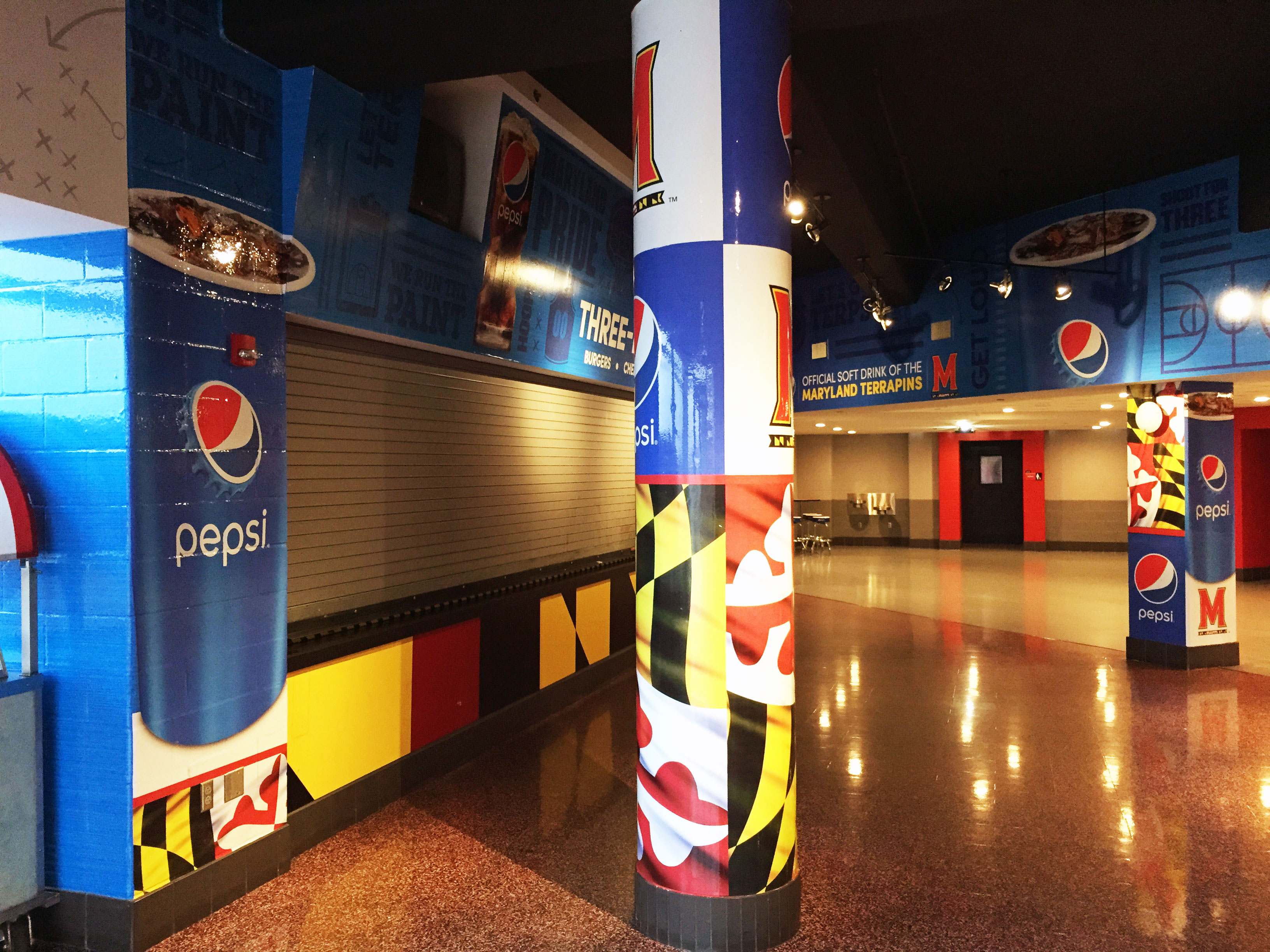 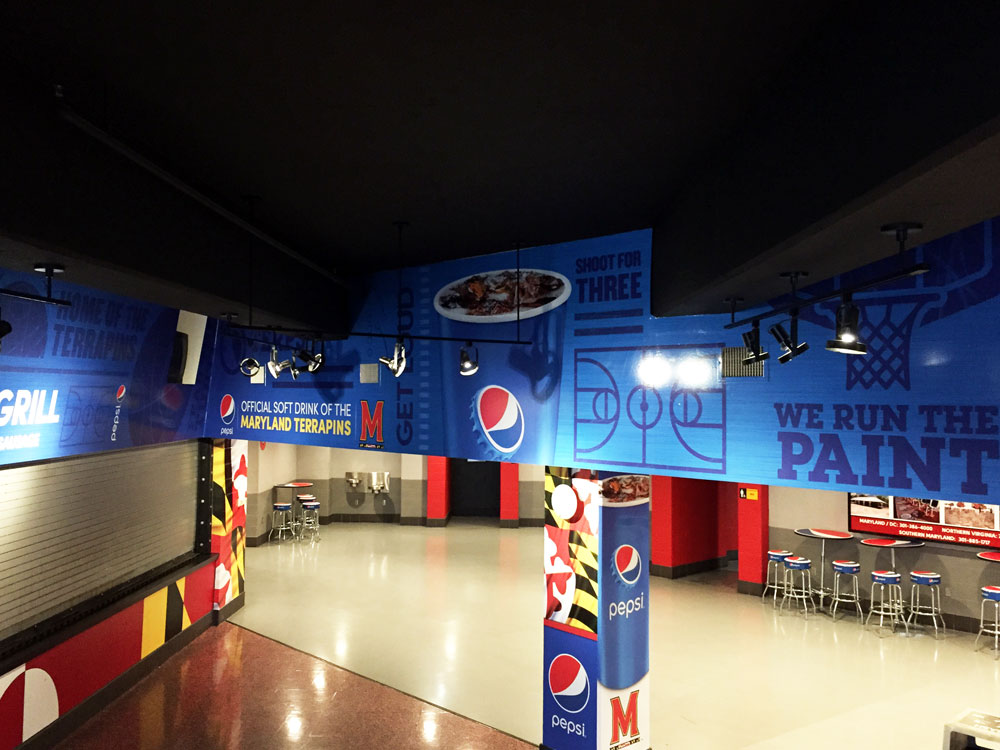 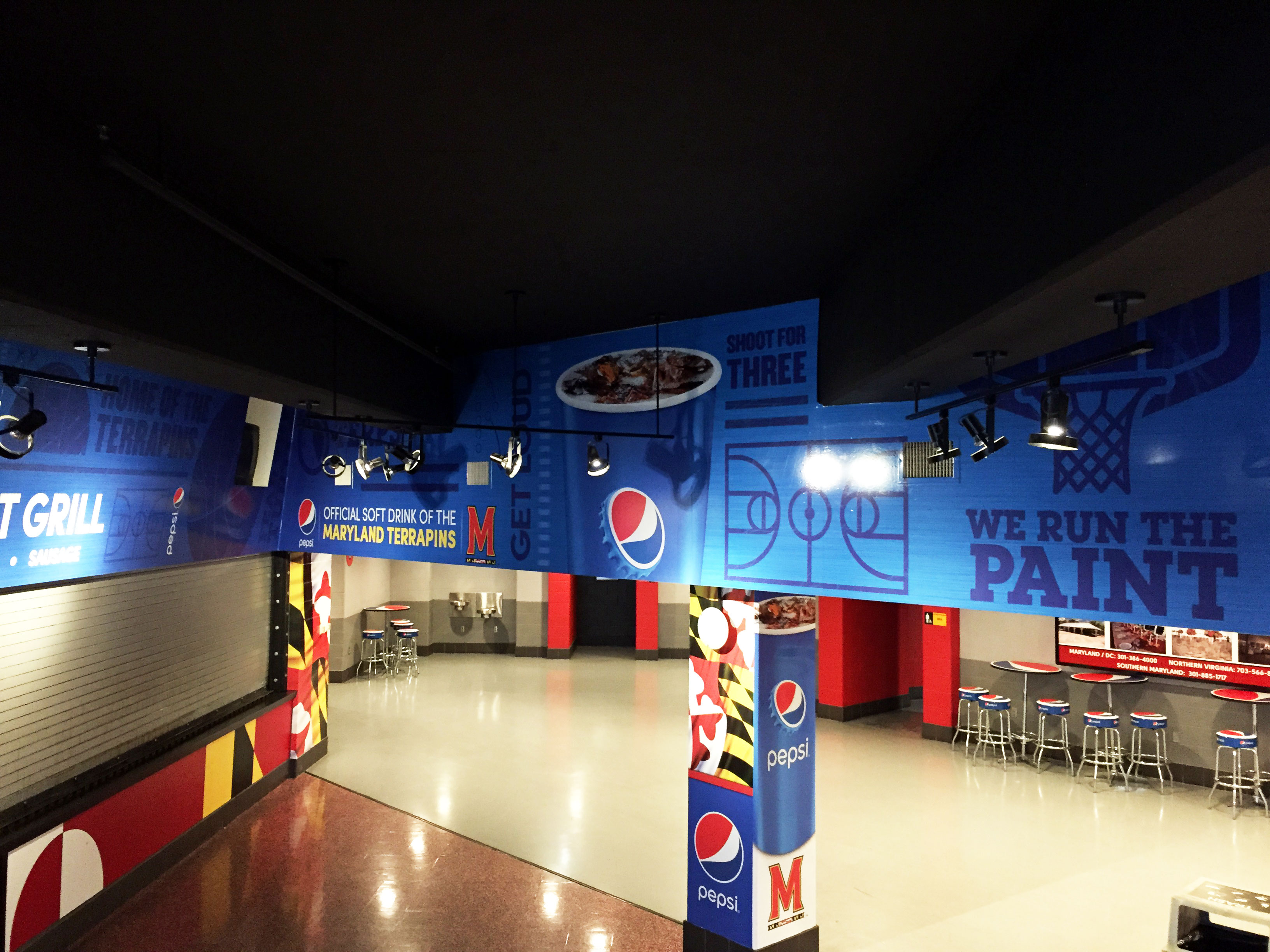 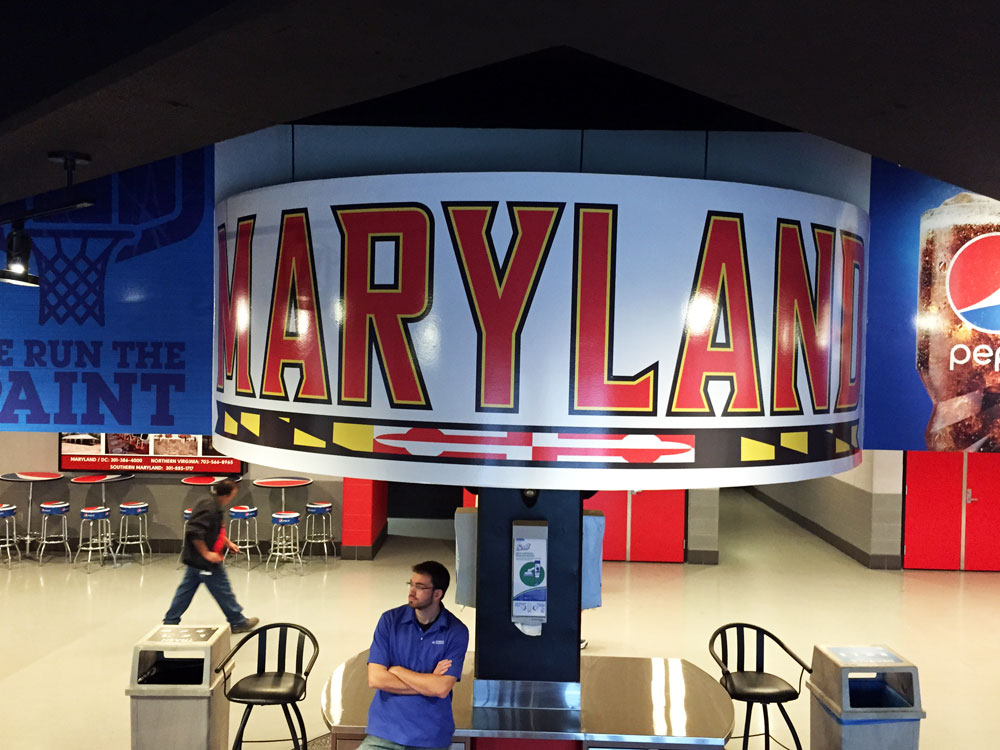 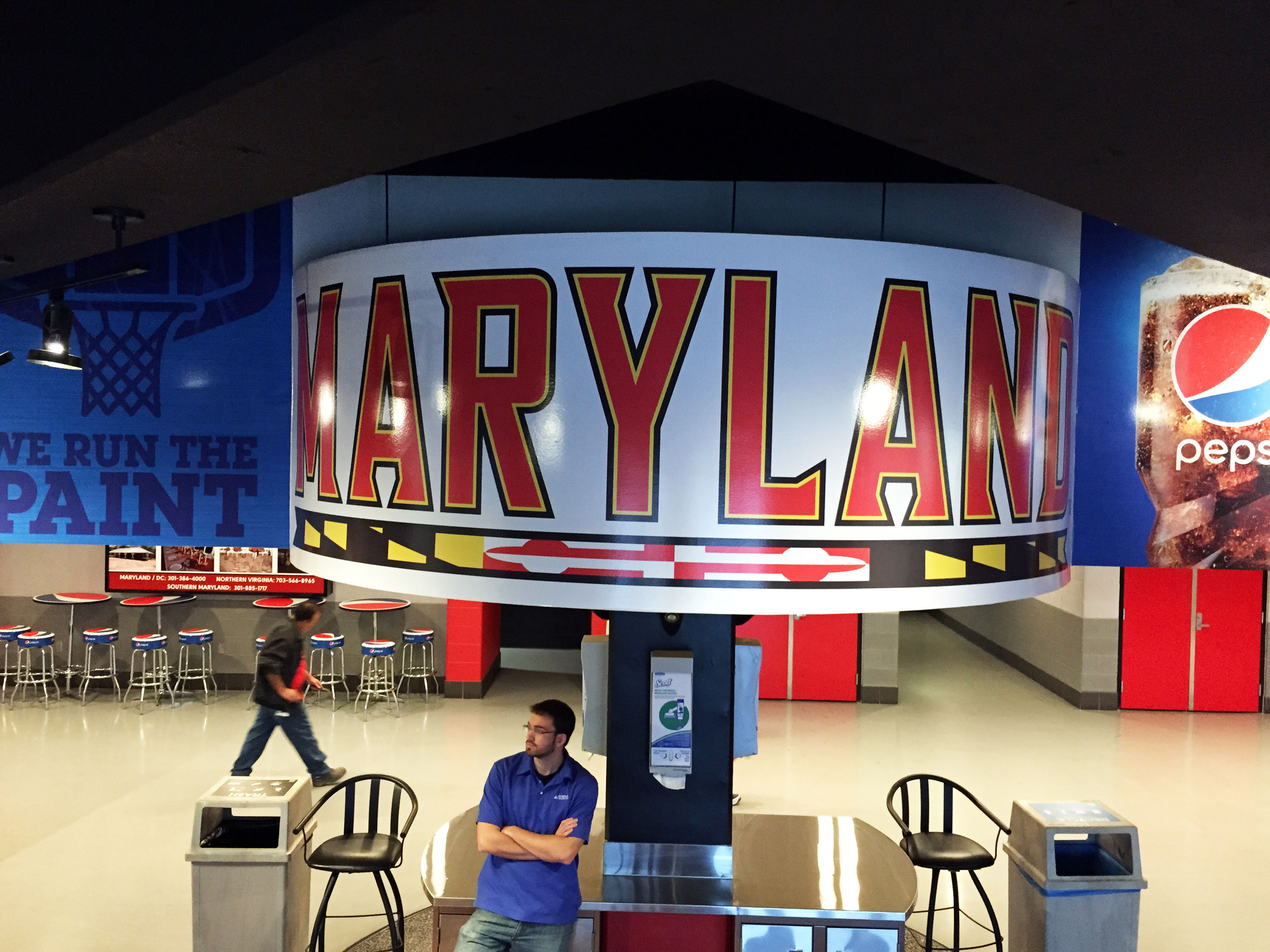 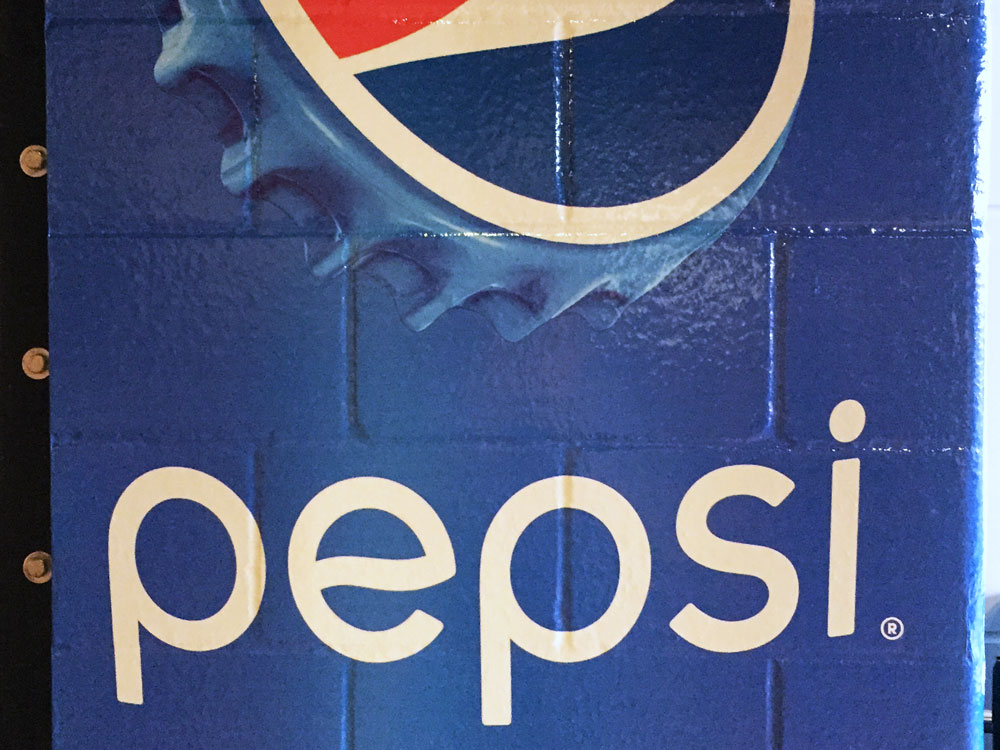 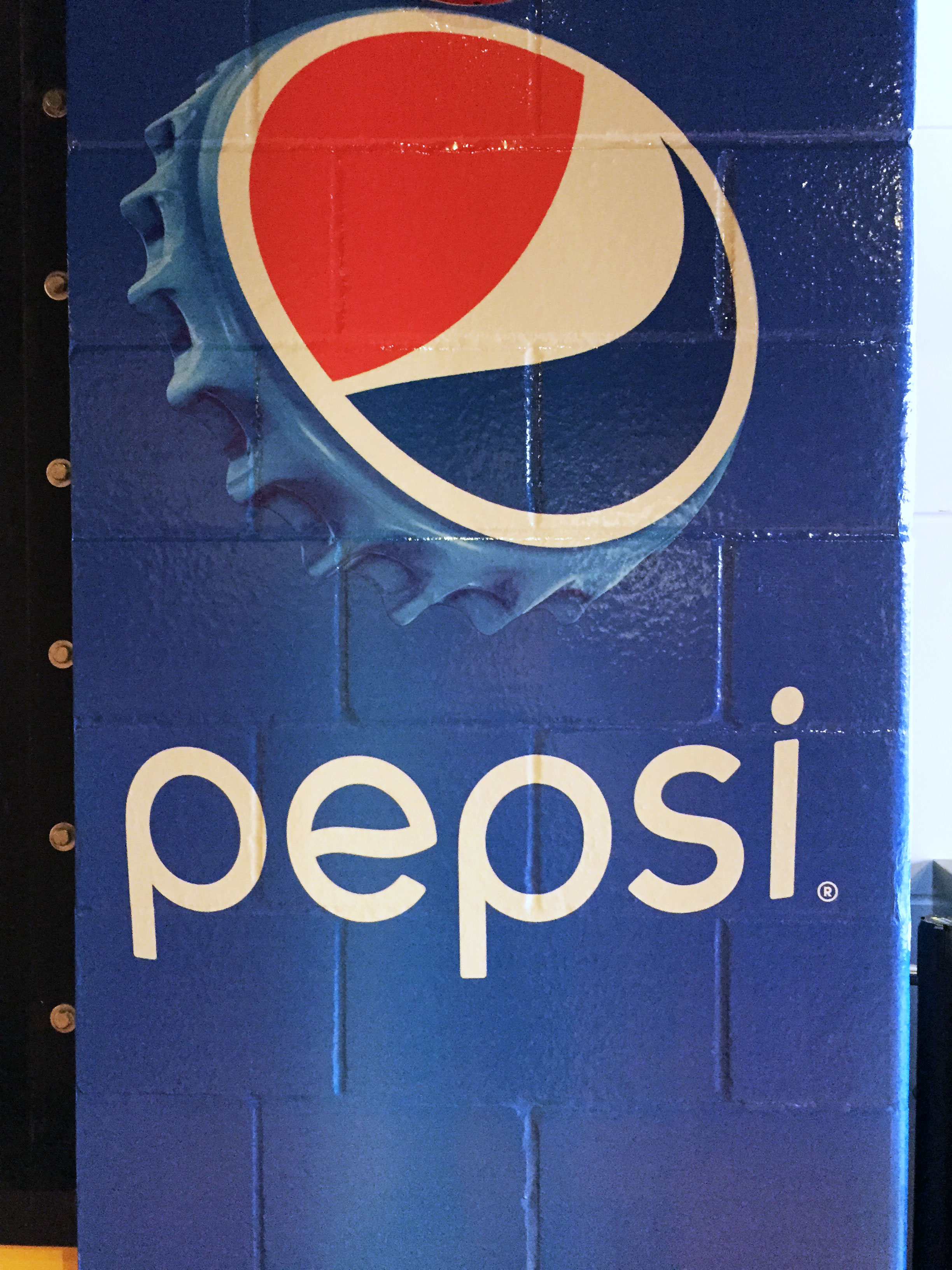 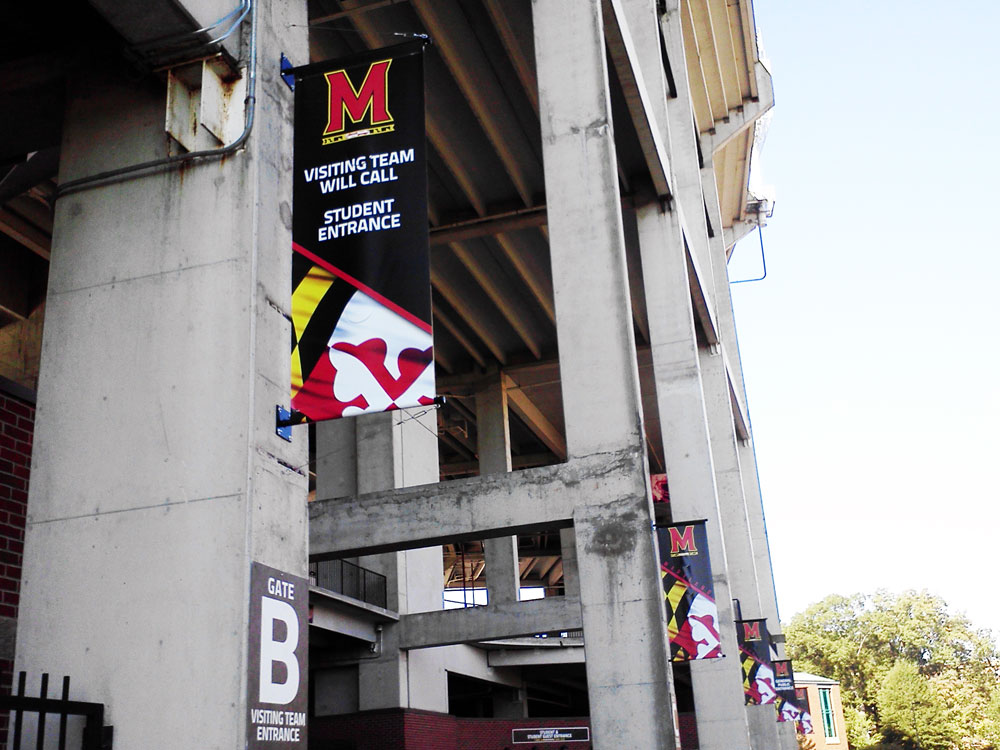 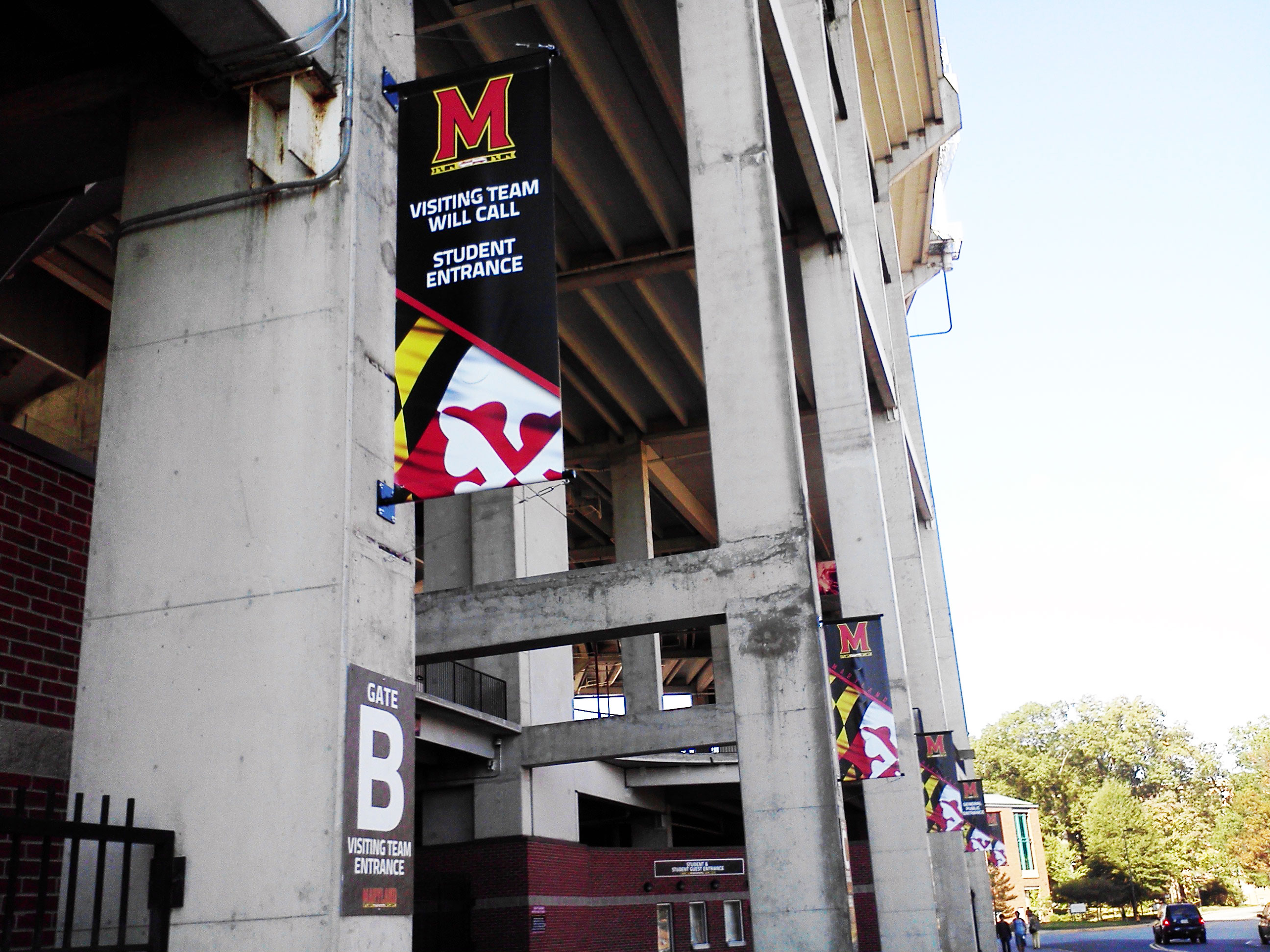